Stacking The Shelves is all about sharing the books we are adding to our shelves, whether they be physical or digital. This includes books bought (my wife would say I buy too many), borrowed (a rare occurrence), and received for review (which I’m trying to reign in).

My week got off to a rough start but, while I was waiting to get the flat tire replaced, I wandered over to the used bookstore . . . where they still had their 50% off sale running!

The Identity Matrix by Jack L. Chalker is an out-of-print bodyswap classic I’ve been after for a while now, while The Last Amazon by A. Bertram Chandler was a nice little gynarchist surprise.

Hidden in Sight completes my Web Shifters collection by Julie E. Czerneda; with Neveryóna I have half the Return to Nevèrÿon saga by Samuel R. Delany; and Fire In the Mist & Bones of the Past by Holly Lisle complete my Arhel trilogy.

The Duchess by Danielle Steel is a 19th century tale of a brothel madam that a friend recommended; while The Will of the Wanderer & The Prophet of Akhran by Margaret Weis and Tracy Hickman leave me 1 book shy of a Rose of the Prophet reread – and I’ve missed Matthew sorely.

Moving backwards through the week, Friday saw the arrival of a well-packed box containing 2 books that were to be my Cuba beach reads . . . until the virus canceled our vacation.

Unconquered Warrior & Warrior Rising are the first 2 books of the Womara Series by J.L. Nicely (The Blood of Warriors publishes this November), an epic fantasy following the generations of a female warrior clan who initially escaped the brutality of slavery and fought back to remain free.

Olive the Lionheart by Brad Ricca is a book I’ve been chasing this for months, featuring a true journey through jungles, swamps, and deserts, facing off against cobras, crocodiles, a leopard cult, a haunted forest, and two adorable lion cubs – all in a pair of ill-fitting boots!

Dirges in the Dark by Antoinette Corvo is one of the titles offered to me by Red Cape Publishing, and as much as I’ve tried to hold off on accepting new titles, the idea of an actress summoning demons during a fateful performance was too good to pass up.

3 thoughts on “Stacking the Shelves” 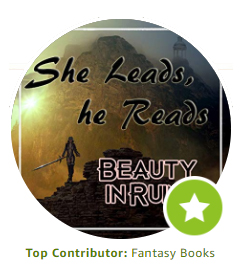